and other updated crash stats…

Recently the National Highway Traffic Safe Administration (NHTSA) released updated data on usage and booster seat recommendations based on their 2015 National Survey of the Use of Booster Seats (NSUBS).

The primary purpose of the biannual survey is to estimate booster seat use among 4- to 7-year-old children. The survey also provides estimates on restraint use for all children under 13 and the extent children are “prematurely graduated” to restraint types that are inappropriate for them based on age, height and weight.

“When children are not buckled up or are riding in a seat that isn’t used correctly, their safety is in jeopardy,” said NHTSA Administrator Dr. Mark Rosekind. “You can act by making sure your kids are buckled up and in the right car seats for their age and size.” 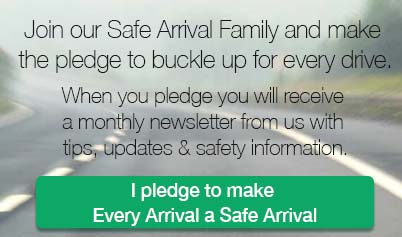 What are NHTSA’s booster seat recommendations?

The most important of the booster seat recommendations is to use one. Even big kids need to be safe in cars!

NHTSA recommends children 4 to 7 to remain in a forward-facing car seat with a 5-point harness until the child reaches the top height or weight limit allowed by the seat. At which time, the child can move into a belt positioning booster. (There are other belt positioning devices like the Ride Safer travel vest. However the RideSafer is certified and can be used for smaller children in lieu of a forward-facing car seat as well, especially helpful as a secondary seat for travel or carpools.)

Remember, in Sweden children remain rear facing until 4 years of age at which time they are turned forward facing in a booster seat. Sweden’s injury and death rate is significantly lower.

Once a child is in a belt-positioning booster seat (or other such device), the child should use that device until the child can pass the 5-step seat belt fit test. This usually doesn’t happen until a child is 4’9″ in height, which is typically when a child is somewhere between the ages of 8 and 12.

One of the common times booster seat recommendations are neglected is when parents are carpooling or bringing friends along to day activities.

Booster seats reportedly reduce the risk for serious injury by 45% for children aged 4 to 8 years old compared to using just the seat belt. Booster seats range in price from $20 to $250. They come in backless or highback styles. We don’t recommend one over the other. Backless boosters generally provide better lap belt fit while highbacks generally do a better job of positioning shoulder belts. The booster seat alternative, RideSafer, costs $145-159. It provides both a good lap belt fit and shoulder belt positioning by bringing the seat belt down to fit the child.

Other Crash Statistics for 2015

Read the report for more information and booster seat recommendations.

We want to know, is your 8 to 12 year old still in a booster seat? Or will your child? Share your comments below.