This past year the Insurance Institute for Highway Safety issued its first ease-of-use ratings for LATCH hardware in vehicles.

These LATCH ratings are meant to serve as a resource for families looking at buying a new vehicle while weighing its safety features for transporting their children. While it is safe to install a car seat using the vehicle’s seat belt system, LATCH (or Lower Anchors and Tether for Children) was created with the intention to make installing a car seat easier for parents. The continued high rate of incorrect installations of car seats shows that this intent has not been as successful as hoped.

IIHS found that lower anchors are often treated as an afterthought by vehicle manufacturers so they are hoping the ratings will encourage them to pay more attention to the hardware. 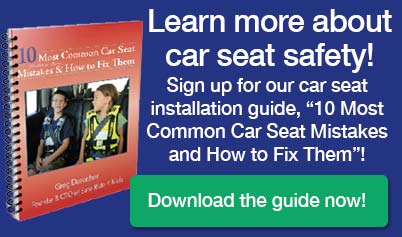 The institute found that only 3 vehicles out of the 102 they rated earned a good rating. Of the rest, 44 are acceptable, 45 are marginal, and 10 are poor.

To earn a “good” rating, two LATCH positions must meet all five of the following criteria :

IIHS found that parents are more likely to install the car seat correctly when the LATCH hardware meets the qualifications for a “good” rating.